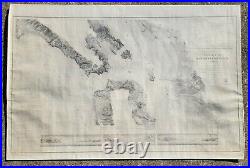 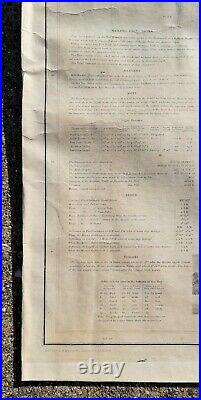 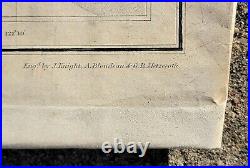 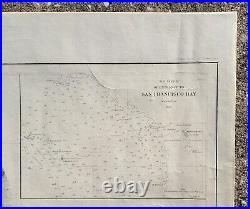 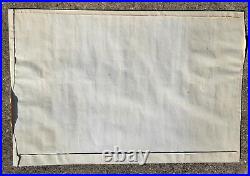 RARE Antique Chart/Map Entrance To SAN FRANCISCO BAY California 1859 A. Entrance to San Francisco Bay California. From a Trigonometrical Survey under the Direction of A. Coastal Survey, 1859 Single sheet. A fine and attractive engraved chart of the entrance to San Francisco Bay and including details of the mainland, with an inset map “Sub-Sketch of Entrance to San Francisco Bay” upper right and three coastal vignette views along the bottom edge. A magnificent map of San Francisco, showing the Golden Gate area, the Marin Peninsula, San Francisco, Mission de Dolores, the eastern coastline from Brooks Island to San Antonio Creek, all in superb detail. A rare separately issued engraved edition of this chart issued on heavy paper, with very wide margins and plate marks. Published separately and differing from the issue included in the official report of 1856. The vignette views are: View of the Entrance to San Francisco Bay, Alcatraz. View of the Entrance to San Francisco Bay from Yerba Buena Id. View of the Entrance to San Pablo Bay from near Angel Id. During a European tour in 1842 Bache met with some of Europe’s notable savants, including Alexander von Humboldt, François Arago, and Karl Friedrich Gauss, and he visited key scientific institutions. The trip intensified a commitment to raising the status of science in the United States. Bache saw an opportunity to realize these goals with the sudden death, in 1843, of Ferdinand Hassler, a Swiss émigré who had become superintendent of the U. Coast Survey after its establishment in 1807. Bache and his colleagues believed that the coast survey could be used to gain support for American science, especially to obtain federal patronage. After a successful campaign waged by his friends and colleagues, Bache became superintendent in December 1843. During the two decades after gaining control of the coast survey, Bache transformed it into the most powerful scientific institution in the United States. His work, which sought to emulate European practices, was praised by European savants. In addition to hiring scientifically trained personnel, Bache employed scientists from outside the survey as consultants. By patronizing such scientific fields as hydrography, geodesy, astronomy, terrestrial magnetism, tidology (the study of the tides), meteorology, and natural history, Bache helped shape a geographical style for antebellum American science (Hugh Richard Slotten for DNB). In Very Good antiquarian condition – light age toning and wrinkling as seen in photos – folded at margins to fit the frame it was removed from. Dimensions (Sheet): 41.5″W x 29″H. Dimensions (Image – Border to Border). 38.5″W x 23.5″H. This item is in the category “Antiques\Maps, Atlases & Globes\North America Maps”. The seller is “imgonnamissyou” and is located in this country: US. This item can be shipped to United States.