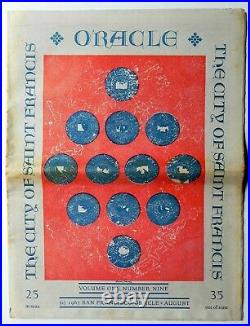 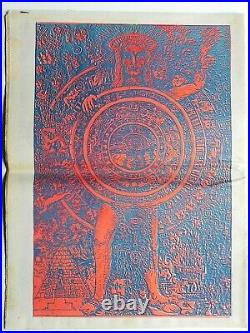 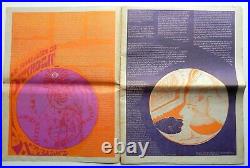 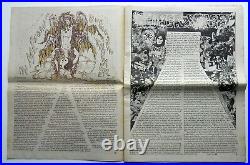 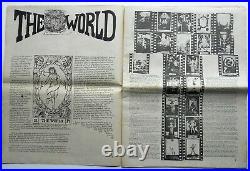 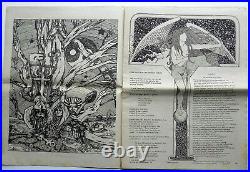 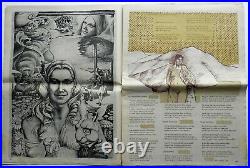 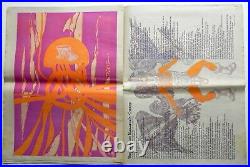 Visit my store, for a wide-ranging and eclectic assortment of cultural Americana. Go directly to your area of interest using the store category list. Consists of one, 11.25 x 15, 32-page, original underground newspaper that mirrored as well as influenced San Francisco’s intense hippie counterculture. The year is 1967. It is August during The Summer Of Love. For the past few years the youth of America have been counting the number of friends from their communities who died in Vietnam. It was a complicated time. We had a lot on our minds. We were fed-up with being expected to meet society’s expectations. Something wasn’t right. Creative rebellion felt good. What else were they lying about. It sure looks like a war, why won’t they call it that? Let’s live, let’s love, smile at your brothers and sisters, turn-on, f_ck the pigs. The Oracle of the City of San Francisco, also known as the San Francisco Oracle, was an underground newspaper published in 12 issues from September 20, 1966, to February 1968 in the Haight-Ashbury neighborhood. Allen Cohen (19402004), the editor during the paper’s most vibrant period, and Michael Bowen, the art director, were among the founders of the publication. The Oracle was an early member of the Underground Press Syndicate. The Oracle combined poetry, spirituality, and multicultural interests with psychedelic design, reflecting and shaping the countercultural community as it developed in the Haight-Ashbury. Arguably the outstanding example of psychedelia within the “underground” press, the publication was noted for experimental multicolored design. Oracle contributors included many significant San Franciscoarea artists of the time, including Bruce Conner and Rick Griffin. It featured such beat writers as Allen Ginsberg, Gary Snyder, Lawrence Ferlinghetti and Michael McClure. Pp 2, 3, 22: On Programing the Psychedelic Experience. ” Pp 4: “In Memoriam For Superspade And John Carter. “Flower From the Street” – Walking barefoot with hair askew, young people wander… Making the scene in several dozen cities around the country… Scrounging food, shooting meth, hustling college kids… Hepatitis, hunger, crabs and clap. Pp 6, 26: “The World” (Tarot) by Suesan Branahan. Pp 7 More Tarot. Pp 8, 9, 28: Cosmic consciousness, Walt Whitman, Buddha, Jung – Gavin Arthur. Pp 10, 11, 12: artwork by Bryden, Krishna poetry by Pamela Millward, Aaron M. In Memoriam by Bill Dodd, bracketing art by John Mompson, artwork by Owen (ask Alice). Pp 13: “The Dance Of the Great Liberation” by Mike Hannon. Pp 14: Dane Rudyar on understanding the Buddha. Pp 15 more creative press inking. Centerfold: Michael McClure’s Poisoned Wheat. Second Half: “The Rainbow Warrior’s Quest” by Page Brownton, The i. ” by George Tsongas, McClure’s ad for “The Beard”, Stephen Levine’s “Notes From the Genetic Journal, continued feature articles, more creative press inking, Letters. Overall, an excellent encapsulation of the Haight-Ashbury vibe. This issue’s cover, Bruce Conner. All of my items come unconditionally guaranteed. This means I won’t settle for anything less than your satisfaction. Other items in my store. ^^^Signed by Yogi Berra et al^^^. I ignore no one, but stuff happens. The item “San Francisco ORACLE #9 Aug 1967 Underground Newspaper Hippie LSD Summer of Love” is in sale since Wednesday, October 27, 2021. This item is in the category “Collectibles\Paper\Newspapers\1940-69″. The seller is “richsrarities” and is located in Syracuse, New York. This item can be shipped worldwide.